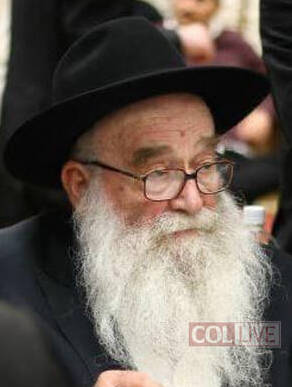 R’ Mordechai Leib Chein, a Mashpia and communal activist who took an active role in shaping the Crown Heights neighborhood in Brooklyn, passed away on Tuesday night, 7 Nissan 5780. He was 81 and was infected with coronavirus.Born in the Soviet Union to the Mashpia R’ Dovber Chein, he was a student at the Tomchei Temimim yeshiva in Lod, Israel. R’ Mottel, as he was called, founded the Empire Press with his friend R’ Hirshel Gansburg and merited to print the Likutei Sichos of the Rebbe as part of Vaad L’hafotzas Sichos and other seforim of the Chabad Rabbeim. He was from the active chassidim involved in Lubavitch Youth Organization (“Tzach”) in New York which coordinates Mivtzoim outreach activities with regular visits and programs. As a chassidishe figure in the community, he would impart with words of chizuk and memories from Chassidim in past generations. He also served as a gabbai in the main shul of 770 Eastern Parkway. He is survived by his wife, Brocha and children R’ Yossi Chein – Crown Heights; Mrs. Raizel Shemtov – Toledo, Ohio; R’ Pinny Chein – Argentina; Mrs. Chana Eidelman – Vienna, Austria; R’ Mendel Chein – Crown Heights; R’ Peretz Chein – Cheadle, England; R’ Moshe Chein – Toulouse, France; R’ Shloime Chein – S. Cruz, California; R’ Zalman Chein – Binghamton, NY; grandchildren and great-grandchildren.