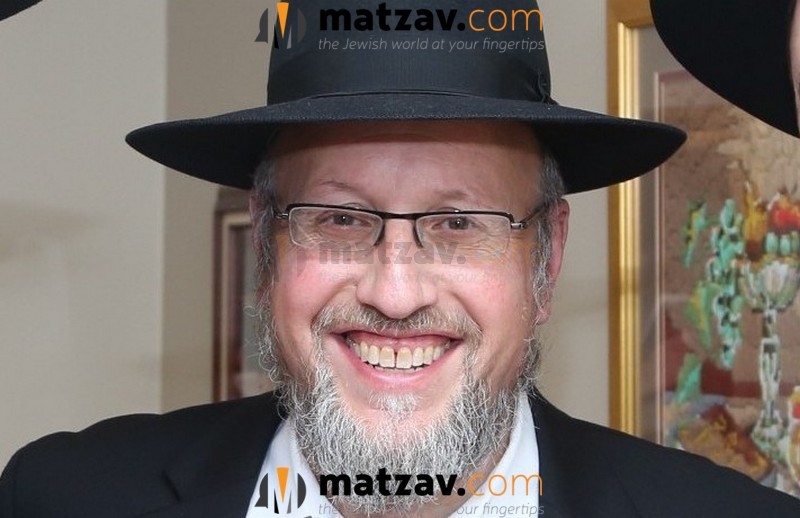 I didn't know him very well but remember him from yeshiva and camp. He was always so warm friendly what's a good word to say and make you feel good about yourself. I was a younger bocher and always admired his friendliness

so very painful to see R' Yankel's friendly, smiling face and to know that he is gone. Yehei zichro baruch

It is with great sadness that Matzav.com reports the petirah overnight of Rabbi Asher Yaakov Berliner z”l. He was 54 years old. R’ Yaakov, a resident of Lakewood, NJ, was known for his numerous chassodim, his tremendously caring heart, and his ever-present smile. R’ Yaakov was a ben Torah through and through, carrying himself with utmost humility and attaching himself to gedolei Torah and mashpi’im throughout his life. R’ Yaakov was a talmid muvhak of Moreinu Hagaon Rav Chaim Leib Epstein zt”l, rosh yeshiva of Yeshiva Zichron Meilich, with whom he had a special relationship and whom he often consulted and whose hadracha and overall hashkafah and derech hachaim he followed and personified. In Lakewood, R’ Yaakov was a dedicated mispallel and the rosh hakehillah at Khal Shearis Adas Yisroel, the shul led by Rav Yaakov Forchheimer, senior posek at Bais Medrash Govoha, with whom R’ Yaakov had an especially close kesher. R’ Yaakov single-handedly built and nurtured the shul, never ceasing in his devotion to it and to its venerable mara d’asra. R’ Yaakov’s pashtus and soft-spokenness belied the staunchness of his hashkafos, his tzidkus and selflessness, and his unwavering ahavas haTorah and yiras Shomayim. From his humble home on Forest Avenue, R’ Yaakov was a constant source of support, guidance and encouragement to so many, benefitting the klal and the yochid b’hatzneia leches, in ways that many people may never even know about. He was an outstanding individual, an adam hashaleim, who served as a leader and role model in his own family and to so many others who were fortunate to know him. His passing after just recently contracting the coronavirus has plunged his family, his many friends and his numerous admirers into mourning, knowing that they lost a truly unique neshamah who is impossible to replace. R’ Yaakov is survived by his mother, Mrs. Leah Berliner, his dedicated wife, Mrs. Chumi Berliner, and their wonderful family, all bnei and bnos Torah, who will miss him terribly. His children are Chayala Hirth, R’ Moshe Berliner, R’ Naftali Berliner, Mrs. Rivka Morgenstern, Mrs. Esther Rochel Basch, Avrohom Yitzchok Berliner, Sori Berliner, and Gitty Berliner. R’ Yaakov is also survived by his siblings, Hindy, R’ Dovi, R’ Mordechai and R’ Avromi. May R’ Yaakov serve as a meilitz yosher for his special mishpacha and for all of Klal Yisroel, who are so desperately in need of yeshuos during this trying time. Yehi zichro boruch.