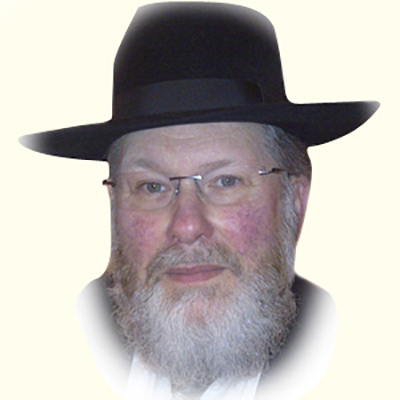 Such a refined person.

From the few times I was privileged to meet him, Rabbi Kofnas zatzal gave such a remarkable impression of being a kind, thoughtful odom godol. A lovely man whose holy neshomo should be melitz yosher for his family and the whole of klal Yisroel. Tehe nishmoso tzura bitzror hachayim.

Jewish Telegraph 4-20-2020 𝗖𝗢𝗙𝗡𝗔𝗦 𝗪𝗔𝗦 𝗟𝗘𝗔𝗗𝗜𝗡𝗚 𝗙𝗜𝗚𝗨𝗥𝗘 𝗜𝗡 𝗟𝗜𝗩𝗘𝗥𝗣𝗢𝗢𝗟 𝗙𝗢𝗥 𝟯𝟬 𝗬𝗘𝗔𝗥𝗦 Chief Rabbi Mirvis led the tributes to Rabbi Lionel Cofnas, who has died from coronavirus, aged 76. Rabbi Cofnas was minister of Liverpool’s Childwall Synagogue from 1981 until he retired and moved to Manchester in 2011. The Chief Rabbi described him as “a most wonderful colleague and dear friend”. He added: “Rabbi Cofnas was a much-loved, kind and highly-respected community rabbi, who selflessly gave his all for the Jewish people. “As the leading rabbinic figure in Liverpool for some 30 years, he endeared himself to one and all and produced a constant Kiddush Hashem. A true mensch, with a wonderful sense of humour, he was an inspiration to many.” Born in Birmingham, to Mancunian Bertha (nee Sternberg) and Poland-born Jerachmiel — who was a rabbi, shochet and mohel in Birmingham for 45 years — Rabbi Cofnas moved to London to attend Chaya Olam Yeshiva aged 14. He headed to Gateshead shortly after where he married Kreinah Leah (nee Schwab), the daughter of Rabbi Moshe Schwab and wife Rochel. The couple moved to Sunderland in 1971, Cardiff in 1976, before settling in Liverpool in 1981. They had four children — in three different locations — Dovid, 51, and Yoel, 50, were born in Pinner, London, 45-year-old Miriam hails from Sunderland, and Gila, 39, is from Cardiff. Daughter Miriam Cohen said: “He was a people person — very much in tune with trying to help people and joke with them. He was always there for people when they needed him “He knew a lot Jewish-wise, but was very down-to-earth in such a way that he could relate to anyone. “We, as a family, see Liverpool as a very special place, as it was where we all settled as a family. “He really was a wonderful father who would do anything for us.” Among the many roles he held in Liverpool, Rabbi Cofnas was head of the Liverpool Kashrut Commission, senior rabbi of Merseyside, and led the Yeshiva Midrasha/cheder for boys and girls. He was also hospital chaplain and involved with the burial board. Mrs Cohen continued: “He very much cared for the community and wanted to help make it the best and help everyone work together. “He wanted it to be the best that he could make it religiously. It was like a mission for him to work with people. “My father was inspired by the rabbis of the time and the past to continue the Jewish heritage. “He was a bridge between people and the ultra-Orthodox world.” Wife Kreinah died in August, 2011, just months before the couple were due to move to Manchester together. Upon moving, and subsequently retiring, Rabbi Cofnas continued a shiurim in Manchester for Liverpudlians who had also made the same move. He called it Scousers In Exile. He also held one for those in Liverpool who wanted to come over to Manchester every week. Mrs Cohen said: “He was still in touch with them once he left. It was such a warm community.” Before retiring, Rabbi Cofnas spoke at an event about the history of Childwall Shul. Recalling the differences in the Ango-Jewish ministry during his years of service, he said that when he had attended one of his first Anglo-Jewish Preachers’ conferences at Jews’ College, he and Glasgow-born Rabbi Alan Plancey were among the few ministers wearing suits. “The others were dressed like bishops in dog collars and gaiters,” he laughed. “Rabbi Plancey and I, who had just come from Gateshead Yeshiva, felt out of it. “Rev Dr Kenneth Cosgrove, of Glasgow, began the meeting by saying that some of the ministers were looking at him as if they wanted to break the yoke from around his neck.” On his appointment in Liverpool, he told how communal leaders had been insistent that he meet with Rev Myer Wolfson, who had previously vetoed the Childwall appointment of Mancunian Rabbi Jeffrey Cohen on the grounds of him being a Cohen and unable to conduct funerals. Rabbi Cofnas said he had succeeded in building up the yeshiva roll from zero to 60 boys attending nightly, as well as opening a girls’ midrasha, and that these institutions became the first of their kind to use computer software in their studies. Jewish Telegraph readers took to Facebook to pay tribute to Rabbi Cofnas. Leanne Bar-oz called him “an amazing man”, while Clive Joseph wrote that he was “a much loved, kind and respected rabbi”. Alex Klein said: “He had a wonderful sense of humour and we had great banter between us.” And Adrian Harris wrote: “He and his father were wonderful when they lived in Birmingham; they served our community with compassion.”